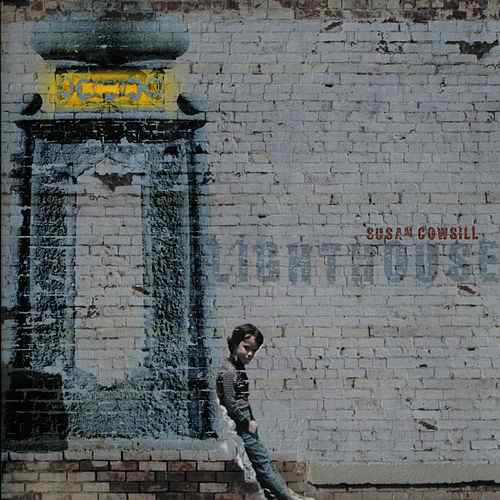 My introduction to Lou Reed’s song “Rock And Roll” came not via The Velvet Underground, but via The Runaways. One of my best friends owned a copy of The Runaways’ Live In Japan album, and the group’s cover of “Rock And Roll” was a favorite, extolling the virtues of dancing to that fine, fine music, a life saved by rock ‘n’ roll. And it was all right.

40 years ago–June 30th, 1979–was just another Saturday night, and that same friend stopped by my house to borrow a book. I never saw him again. Maybe he already knew he wouldn’t live to see another evening, but I didn’t realize it until the next morning, July 1st, when his sister called me to tell me he’d killed himself.

Time heals all wounds. Some wounds leave a permanent scar anyway. I’ve had four decades to get over this, and I’m okay. Honest. It’s all right.

Here in 2019, the weekend offered more pleasant diversions. The Cowsills came to Syracuse on Saturday as part of the Happy Together tour, they were terrific, and we even got to meet them after the show. When Bob Cowsill realized who we were, his face lit up as he said to his siblings Susan Cowsill and Paul Cowsill, “Remember that radio show I was telling you about, This Is Rock ‘n’ Roll Radio? They play music you don’t hear anywhere else, and I mean anywhere!” It was a moment of pure delight for us, with Susan asking if they could come on our show some time and Paul and I crooning a line from “Hair” while showing off our follicle-challenged heads. Dana, my wife Brenda, and I were giddy, and we hope The Cowsills return to Syracuse soon. If you have an opportunity to see them perform in any setting, you will be giddy. too.

(Brenda and I also saw the new film Yesterday this weekend, and found it fab, a light and frothy rom-com that felt pleasant and satisfying. No spoilers. Better’n decent songs.)

Back on the radio Sunday night, Dana and I struggled through significant, frustrating tech issues–please see “SEND MONEY!” notice below–to present new music from Ken Sharp (triumphant glam pop “Rock & Roll Supershow,” which recalls my Saturday afternoons as a teen watching Sweet and Suzi Quatro on the British import TV show Supersonic), Dean Landew (it might sound strange, it might seem funny, but that’s what DJs do with “Money”), and Orbis Max (“Twilight Tripper,” another winner); follow Bandcamp links to each of these tracks below.

And I commemorated a week in my life 40 years ago. The evening of 7/1/79 found me at a party in Pulaski, NY, sullen and drunk, watching my favorite band The Flashcubes play in a garage. When the cops came to shut down this noisy…thing, I was among those clever incorrigibles quoting the ‘Cubes song “You’re Not The Police.” Ah, stupid youth. The following Friday, 7/6/19, I saw The Flashcubes again–at a Syracuse nightclub, Uncle Sam’s–opening for The Ramones following an in-club screening of the Carbona Quartet’s then-new film debut in Rock ‘n’ Roll High School. I remembered a Lou Reed song my late friend used to play for me, its in-concert rendition by The Runaways preserving a snapshot of who we were, who we thought we could be. It’s all right! And we opened the show with Susan Cowsill’s “River Of Love,” a stunning song of loss and hope, written by her late brother Barry Cowsill. So what’s to do when you let go of flyin’ falcons/’Cept to watch them disappear ’til they’re no more. Let the river flow. It’s all right. It’s all right! This is what rock ‘n’ roll radio sounded like on a Sunday night in Syracuse this week.

And it was all right.

Hey, Carl’s writin’ a book! The Greatest Record Ever Made! will contain 100 essays (and then some) about 100 tracks, plus two bonus instrumentals, each one of ’em THE greatest record ever made. An infinite number of records can each be the greatest record ever made, as long as they take turns. Updated initial information can be seen here: https://carlcafarelli.blogspot.com/2019/06/the-greatest-record-ever-made-updated.html

THE SMITHEREENS: Now And Then (Capitol, Blow Up)

IN DEED: What Once Was (Big Stir, Everest)

PRINCE: When You Were Mine (Warner Brothers, The Hits/The B-Sides)

JUDYBATS: She Lives (In A Time Of Her Own) (Sire, VA: Where The Pyramid Meets The Eye)

THE UNDERTONES: Thrill Me (Sanctuary, Get What You Need)

THE BEATLES: I’m Happy Just To Dance With You (Capitol, single)

VEGAS WITH RANDOLPH: Give In To Love (vegaswithrandolph.bandcamp.com)

THE SPONGETONES: (My Girl) Maryanne (Loaded Goat, Always Carry On)

THE PRETENDERS: Back On The Chain Gang (Sire, The Singles)

THE COWSILLS: She Said To Me (Robin, Global)

THE SEX PISTOLS: Did You No Wrong (Virgin, Kiss This)

THE CLASH: Train In Vain (Epic, The Essential Clash)

SEAN HUTTON: So We Became Alive (seanhuttonmusic.com, The Legend Of April Country)

THE POLICE: Can’t Stand Losing You (A & M, Message In A Box)

THE COWSILLS: Hair (Rebound, The Best Of The Cowsills)

SLY & THE FAMILY STONE: Everybody Is A Star (Epic, Greatest Hits)

THE NASHVILLE RAMBLERS: The Trains (Rhino, VA: Children Of Nuggets)

THE POSIES: I May Hate You Sometimes (Rhino, VA: Children Of Nuggets)

THE GODFATHERS: This Damn Nation (Rhino, VA: Children Of Nuggets)

THE FLASHCUBES: You’re Not The Police (Northside, Bright Lights)

THE KINKS: No More Looking Back (Velvel, Schoolboys In Disgrace)

THE PYRAMIDS: Penetration (Ace, VA: The Birth Of Surf)