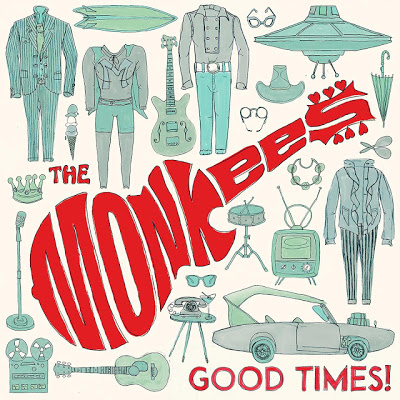 There’s a good time comin’ on! Four years ago, The Monkees released a fabulous new album called Good Times!, and we intend to celebrate that anniversary by playing a couple of tracks from that record, and maybe a couple of other tracks related to that record. We also have new treats from Vegas With Randolph, Ken Sharp, Nick Piunti & the Complicated Men, The Jangle Band, Captain Wilberforce, and Duncan Reid & the Big Heads, and–as always!–we’ll fill the space between our ears with an impressive selection of rockin’ pop music from the 1950s to 2020. Whether it’s Chuck Berry, Skeeter Davis, The Ramones, Joan Armatrading, The Muffs, or more of The Monkees, good times is what we do. Sunday night, 9 to Midnight Eastern, on the air in Syracuse at SPARK! WSPJ 103.3 and 93.7 FM, and on the web at http://sparksyracuse.org/