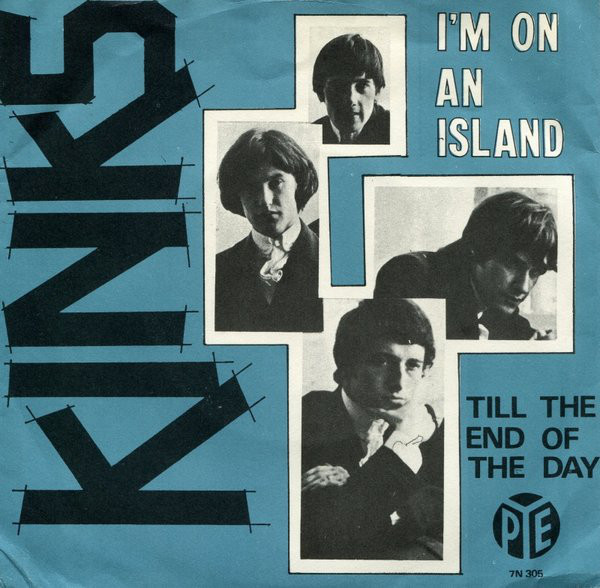 We wanted to do a radio show.

Like most folks, both Dana and I have been observing self-quarantine, which means that we haven’t been able to get together to do a new regular episode of This Is Rock ‘n’ Roll Radio, nor even to get into the building that houses our studio. We missed it. We did that live-stream Pop Co-Op album-release party last week in our familiar time slot, but that was a one-off. We weren’t sure when TIRnRR could return.

But last week, we were among the many guests interviewed by the fab Michael McCartney, co-host (with Summer Blue and Tanya Teal) of The Time Machine on Mana’o Radio in Maui. This was for “The Social Distancing Sessions,” a music and conversation extravaganza that examines how various performers and DJs are dealing with our current infectious cootie crisis. It was an honor and a privilege to participate, and it got Dana and I thinking about how to record a new TIRnRR from home. Saturday night, we decided to give it a try.

With a goal of having a show ready for our usual Sunday night spot, Dana suggested we stick with the song selections from TIRnRR‘s Isolation Edition, a fake playlist I posted on my blog two weeks ago. That would save time, and we didn’t have a lot of time. Dana has remote access to the station’s playback. I recorded all of the spoken bits on my phone (a trick which worked surprisingly well), and I sent those recordings along with the bulk of the musical selections to Dana via Dropbox. He spent all day Sunday stitching it all together, finally getting it finished at 7 pm. Next week’s show will take even longer. When 9 pm rolled around, so did this new episode of This Is Rock ‘n’ Roll Radio with Dana & Carl.

What once was fake is now real. This is the introduction I wrote when I first posted this then-imaginary playlist on March 23rd:

We couldn’t do a radio show this week. But I wanted to compile a playlist for isolation.

I didn’t want it to be literal, to string together a bunch of songs with titles like “Don’t Stand So Close To Me” or “U Can’t Touch This.” I wanted a song cycle to convey the feelings some of us may have in this weird time, to capture the undefined vibe of this emotional mix, the aches of loneliness, anxiety, depression, alienation, doubt, confusion, the heavy weight of dread and uncertainty. I also wanted to look toward the hope of deliverance. I wanted a sense of catharsis for all that we may be going through, a musical security blanket to comfort us as we confront our worry and fear. I wanted some music to make me feel better.

We got there. We’re back, to the best of our ability in the current situation. We can’t cure anything, but we can play some music for you. And as for NEXT WEEK ON THIS IS ROCK ‘N’ ROLL RADIO: Yeah. Why not? This is what rock ‘n’ roll radio sounded like on a sequestered Sunday night in Syracuse this week.

Pandemics be damned. This Is Rock ‘n’ Roll Radio with Dana & Carl airs Sunday nights from 9 to Midnight Eastern, on the air in Syracuse at SPARK! WSPJ 103.3 and 93.7 FM, and on the web at http://sparksyracuse.org/ You can read all about this show’s long and weird history here: Boppin’ The Whole Friggin’ Planet (The History Of THIS IS ROCK ‘N’ ROLL RADIO). TAX DEDUCTIBLE DONATIONS are always welcome.

The many fine This Is Rock ‘n’ Roll Radio compilation albums are still available, each full of that rockin’ pop sound you crave. A portion of all sales benefit our perpetually cash-strapped community radio project:

Waterloo Sunset–Benefit For This Is Rock ‘n’ Roll Radio:  CD or download

THE FLAMIN’ GROOVIES: I’ll Cry Alone (Grown Up Wrong, Between The Lines)

THE KINKS: I’m On An Island (Essential, The Kink Kontroversy)

THE BEACH BOYS: In My Room (Capitol, Surfer Girl)

OTIS REDDING: (Sittin’ On) The Dock Of The Bay (Rhino, Otis!)

JOAN ARMATRADING: Me Myself I (A & M, Greatest Hits)

THE BYRDS: Here Without You (Columbia, Mr. Tambourine Man)

BILL LLOYD: The World Is A Different Place Without You (New Boss Sounds, Back To Even)

ROY ORBISON: Only The Lonely (Orbison, The Very Best Of Roy Orbison)

THE VERTEBRATS: Left In The Dark (Parasol, A Thousand Day Dream)

THE BEATLES: For No One (Apple, Revolver)

THE SMITHEREENS: Cigarette (Capitol, Especially For You)

THE SPINNERS: My Whole World Ended (The Moment You Left Me) (Motown, The Best Of The Spinners)

THE FOUR TOPS: Reach Out I’ll Be There (Motown, The Ultimate Anthology)

PAUL McCARTNEY: Hope Of Deliverance (Capitol, Off The Ground)

THE WHO: Won’t Get Fooled Again (Decca, single)

SLY AND THE FAMILY STONE: Everybody Is A Star (Epic, Greatest Hits)

SIMPLE MINDS: Don’t You (Forget About Me) (Virgin, Glittering Prize 81/92)

THE JACKSON FIVE: I’ll Be There (Motown, Greatest Hits)

THE BARRACUDAS: Somewhere Outside (Voxx, Drop Out With The Barracudas)