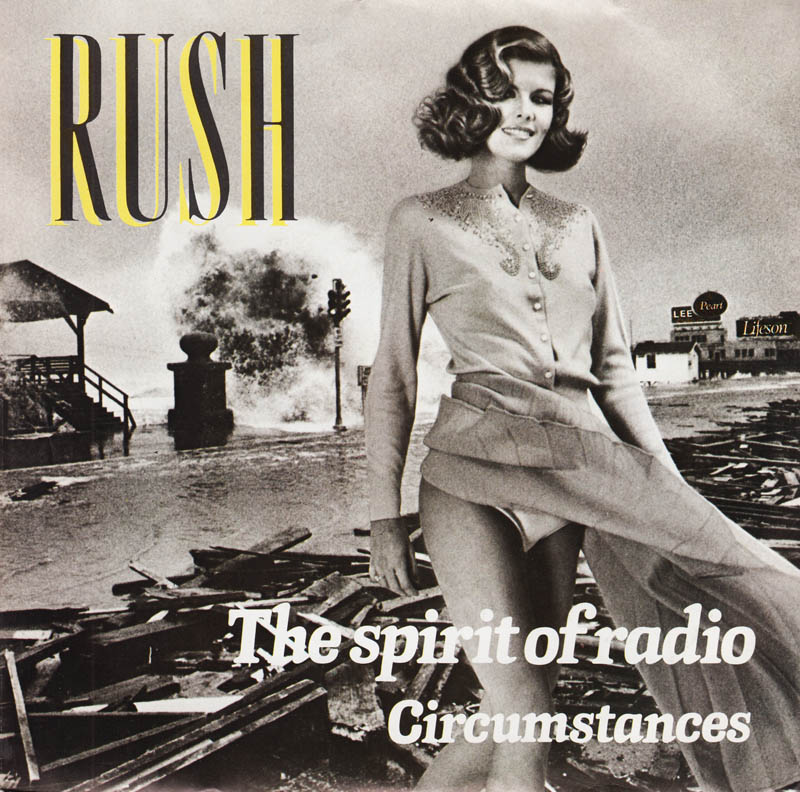 In the early ’80s, I had a friend named Kevin. Kevin was a little bit younger than me, in his late teens when I was already in my early twenties. We worked together at McDonald’s of Brockport, where I was putting my minty-fresh Bachelor of Arts degree in English to the best use I could imagine. It was…actually, it was a good time. I was young, in love, and learning how to make my way. Also learning how to make Egg McMuffins. Some of my memories of that time of my life retain a glow bright enough to scatter the shadows, at least sometimes.

Decades have passed. I remember the camaraderie of Kevin, me, and another friend and co-worker, Jeff, trading puns as we seared burger patties to the grill, singing TV theme songs as we assembled Quarter Pounders. Outside of work, we occasionally gathered to party, and to listen to music. Our tastes could be disparate, but there was overlap, and there was respect. Jeff played guitar, and he liked Nugent. I played absolutely nothing, and I liked The Ramones. Kevin? Kevin was a drummer.

And Kevin’s favorite band was Rush.

I was never all that much of a Rush fan. I liked a song called “Circumstances,” and I liked it a lot, but my interest in Rush never really grew beyond that. But as news hit this week that Rush’s drummer Neil Peart had died, my memory cast its way back. I thought of a few people from my past and my present, all Rush fans, from a girl I knew in college to my friend Ronnie Dark of The Wax Museum with Ronnie Dark over on WVOA.

And, of course, I thought of Kevin.

Kevin is no longer with us, either. He passed not that long ago, far too young. I hadn’t spoken with him since those Brockport days. But I remember. I’ll always remember, for as long as I have memory. I’ll remember happier days and troubled days alike, but right now, I’ll remember that glow: of friends and co-workers laughing and joking, being young, being alive, and listening to music. Growing up. The music playing still.

This week’s show offered fantastic new music from The Weeklings, Rob Martinez, and Emperor Penguin, an assortment of delights from the present and the past, and a spin of a great song called “Circumstances,” featuring my friend Kevin’s favorite drummer, Neil Peart. Laughed at by time, tricked by circumstances. The rush remains. This is what rock ‘n’ roll radio sounded like on a Sunday night in Syracuse.

This Is Rock ‘n’ Roll Radio with Dana & Carl, Sunday nights from 9 to Midnight Eastern, on the air in Syracuse on SPARK! WSPJ-LP 103.3 and 93.7 FM, and on the web at http://sparksyracuse.org/ TAX DEDUCTIBLE DONATIONS are always welcome.

(For those interested in a deeper dive into our back story, I have written a lengthy history of TIRnRR, which I invite you to read at my blog: BOPPIN’ THE WHOLE FRIGGIN’ PLANET (The History Of THIS IS ROCK ‘N’ ROLL RADIO)

(AND you can still get our previous compilation This Is Rock ‘n’ Roll Radio, Volume 4 on CD from Kool Kat Musik and as a download from Futureman. We live in a world of plenty!)

THE WEEKLINGS: Change Your Mind (Jem, 3)

JEANNIE & THE BIG GUYS: I Want You (Ace, VA; She Came From Liverpool!)

EURYTHMICS: Would I Lie To You (Arista, Greatest Hits)

EMPEROR PENGUIN: You’ll Be The Death Of Me (Kool Kat Musik, Soak Up The Gravy)

THE PARTRIDGE FAMILY: Somebody Wants To Love You (Razor & Tie, The Partridge Family Album)

THE GRIP WEEDS: Give Me Some Of Your Ways [loud version] (Ground Up, Giant On The Beach)

CHUCK BERRY: Back To Memphis (Mercury, Chuck Berry In Memphis)

THE KINKS: See My Friends (Sanctuary, The Ultimate Collection)

THE JAGS: I Never Was A Beach Boy (Cherry Red, VA: Harmony In My Head)

THE WAY OUT: Do I Have To Be Here? (RPM, VA: Another Splash Of Colour)

THE FLAMIN’ GROOVIES: Dog Meat (Grown Up Wrong, Between The Lines)

THE BEVIS FROND: Down In The Well (Reckless, A Gathering Of Fronds)

BERYL MARSDEN: Everybody Loves A Lover (Ace, VA: She Came From Liverpool!)

EYTAN MIRSKY: This Year’s Gonna Be Our Year (M-Squared, Year Of The Mouse)