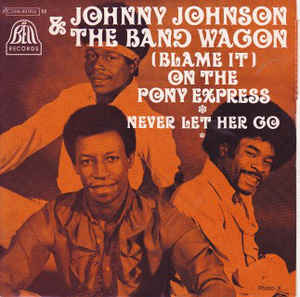 Sometimes a great pop act just doesn’t get its due. An American soul act that began in the ’60s as The Bandwagon (later Johnny Johnson & the Bandwagon) recorded some terrific sides, but never troubled the Billboard Hot 100. They had better success in England (three Top 10 hits from 1968 to 1970), but they deserved better. TIRnRR will prove it tonight, as Johnny Johnson & the Bandwagon will be this week’s Featured Performers. We also have NEW music, from The Cowsills, Micky Dolenz, The Jellybricks, West Coast Music Club, Nezrock, Nick Frater, The Midnight Callers, and The Speed Of Sound. This bandwagon’s set to roll. Hop on Sunday night, 9 to Midnight Eastern, on the air in Syracuse at SPARK! WSPJ 103.3 and 93.7 FM, and on the web at http://sparksyracuse.org/