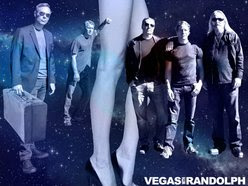 The Featured Artist has been an occasional and popular recurring theme here on The Best Three Hours yadda yadda Friggin’ Planet. When we feature an artist on TIRnRR, we play at least one track by that artist in each six-song set throughout the course of the show, and everyone’s legally mandated to have a righteous good time. Don’t sass me on this; just obey the law. This week, at long last, the TIRnRR spotlight falls on the music of Vegas With Randolph, and it’s about damned time! We’ll hear music from each of VWR’s four albums, including their latest offering, Legs & Luggage. We’ll also celebrate the 50th anniversary of The Monkees‘ soundtrack album Head, offer a track or two from the new Paul Williams tribute album White Lace And Promises, and play a bunch of other Fave Raves past and present to give our lads in Vegas With Randolph the proper rockin’ pop context. If you’re not already a VWR fan, we’re gonna make one out of you yet. If you are a fan, then you know where you need to be: Sunday night, 9 to Midnight Eastern, on the air in Syracuse at SPARK! WSPJ-LP 103.3 and 93.7 FM, and on the web at http://sparksyracuse.org/ Vegas, baby. Randolph, baby. Good times, baby. Good times.